I've got a nice article in my email. Well, eventhough is in English, but most of women all over the world (I think..) are using these words, or similar with these words. You can translate them into Bahasa Indonesia and you'll find that maybe you've used these words many times in many circumstances, I forgot who's sent this article to me, but I think It's kinda useful and quite funny.. ^^
1. Fine: This is the word women use to end an argument when they are right and you need to shut up.
2. Five Minutes: If she is getting dressed, this means a half an hour. Five minutes is only five minutes if you have just been given five more minutes to watch the game before helping around the house.
3. Nothing: This is the calm before the storm. This means something, and you should be on your toes. Arguments that begin with nothing usually end in fi n e.
4. Go Ahead: This is a dare, not permission. Don't Do It!
5. Loud Sigh: This is actually a word, but is a non-verbal statement often misunderstood by men. A loud sigh means she thinks you are an idiot and wonders why she is wasting her time standing here and arguing with you about nothing. (Refer back to #3 for the meaning of nothing.)
6. That's Okay: This is one of the most dangerous statements a women can make to a man. That's okay means she wants to think long and hard before deciding how and when you will pay for your mistake.
7. Thanks: A woman is thanking you, do not question, or Faint. Just say you're welcome.
8. Whatever: Is a women's way of saying F@!K YOU!
9. Don't worry about it, I got it: Another dangerous statement, meaning this is something that a woman has told a man to do several times, but is now doing it herself. This will later result in a man asking "What's wrong?" For the woman's response refer to #3.
*Send this to the men you know, to warn them about arguments they can avoid if they remember the terminology.
*Send this to all the women you know to give them a good laugh, cause they know it's true.
Posted by Ajeng Lembayung at 1:35 PM

Search in This Blog 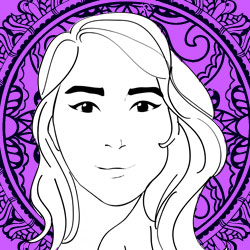 Hi! My Name is Ajeng Lembayung. I'm a lone alien on earth, while disguising myself as a Mandarin privat tutor. I love to read romance novel, esp supranatural romance that involving vampire, shape shifter, angel, alien, and psy. Welcome to my journal!